EUROAVIA București – the European Aerospace Engineering Students Association EUROAVIA established in1969 by a group of TU Delft students extended in Europe. The Bucharest branch was founded in 1992 by a group of students of the Faculty of Aerospace Engineering UPB under the leadership of Radu Cioponea, back then a student majoring in Avionics. Today Radu is an EUROCONTROL expert in Brussels and involved in guiding students and supervising internships with EUROCONTROL. 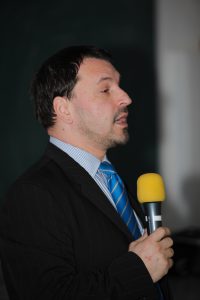 Since the beginning, EUROAVIA Bucharest engaged in attracting funding for the faculty. In 1992 the association members procured a computer network abandoned at the Insititute of Physics Măgurele due to the lack of operating system. This was installed as a laboratory in Polizu. Students and professors joined efforts and succeeded in making the network operational, with the decisive contibution of Paul Chițescu, a exceptionally talented student in computers. Today Paul is an elite researcher of ICPE Research Institute, Bucharest. The affiliation of our students to EUROAVIA since as early as 1992 is also an assertion of the European vocation. Romania became a EU member in 2007, but there are precursors which demonstrate this vocation in aviation: România adhered to EUROCONTROL as early as 1996. However the founding of EUROAVIA Bucharest in 1992 is probably the first such signal transmitted by the young future aerospace engineers.

During the 2000s the organization faced a period of obscurity, like the faculty, In 2007 the student Iulian Juhasz had the initiative of reviving the organization, bringing it in the spotlight by recovering the international activity, but also with the national employers. Iulian created the Rocket Workshop, which today is attracting UPB students anually in a prestigious technology competition. Today Iulian Juhasz is a top space industry specialist, employed by the prestigious space technology company GMV. 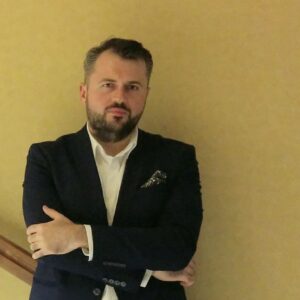 In 2011 a student of the Faculty of Aerospace Engineering UPB became president of the association. Jacqueline Chindea was elected in the EUROAVIA International Board and then leader of the European organization. After studies for a master degree at TU Delft, Jacqueline Chindea is now working in the Netherlands, for the Shell corporation. 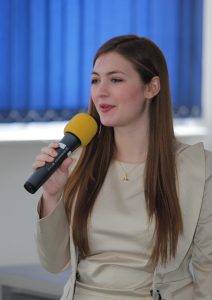 Today the activity of EUROAVIA Bucharest is essential for the faculty students, extending its statute from professional activities to the representation of the interests of students related to the university and to the industry. EUROAVIA București engaged in the organization of important events such as Rocket Workshop, Flying Practice 2017, AeroCONSULT, Air Navigation Convention, admission simulation 2019, participation at BIAS 2017 and 2018, etc. The today’s leaders of EUROAVIA Bucharest are likely the future aerospace industry leaders, not only in Romania, but also internationally, on the steps of their predecessors. EUROAVIA Bucharest is a laboratory of leadership and team work, being run today by students as a corporation. Their projects are organized very professionally and they have a strong motivational role, attracting young people to a career in aviation and space. 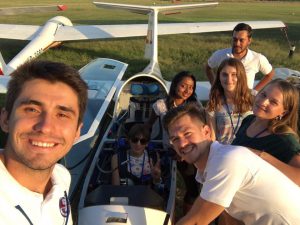